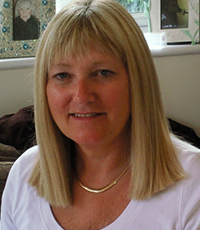 Heather has worked as a house journal editor, freelance journalist and been a member of the team at Oxfordshire Theatre Company.  While studying for a degree in English at Oxford Brookes University as a mature student, she fell in love with drama and has since been pursuing that passion as a writer, audience member and volunteer usher.  A regular at the Edinburgh Fringe Festival, she also spent four years developing Oxfringe – Oxford’s fringe festival – with sole responsibility for over 70 events in 2011 when she was Festival Director.  Heather’s stage play Blue  has won several UK festival awards, including the Woking Drama Festival Award in 2002. Blue is published by Samuel French and has been performed in Oxford, Edinburgh, Telford, Glasgow and Yorkshire. This year Heather has had 3 short plays produced at Theatre 503 in Battersea, London. These plays were “A Hack at the High Court”, “My name is Caroline Korby” and “Who does she think she is?”