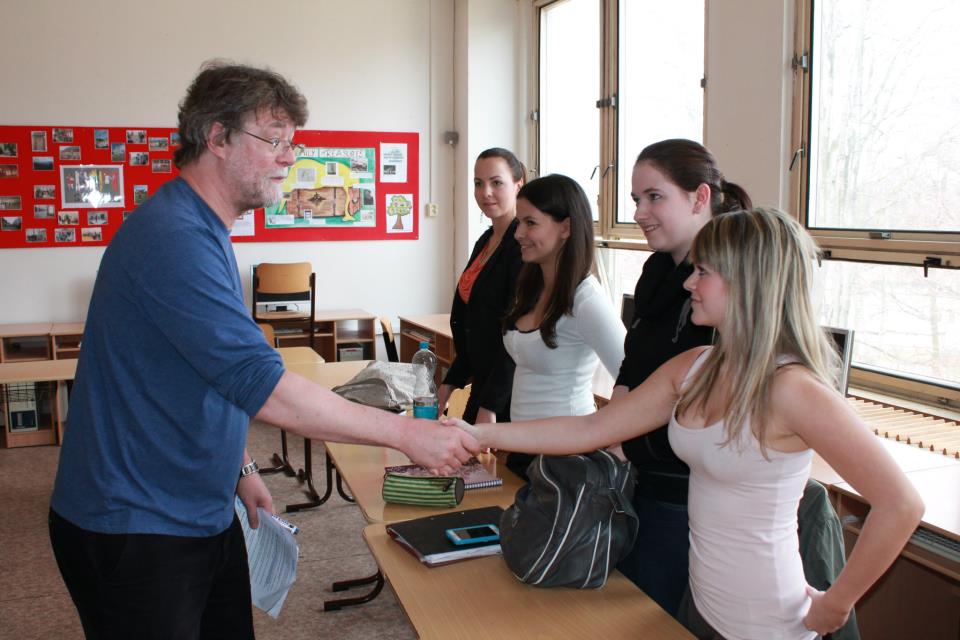 Chris Sivewright is the Founder of ART. Chris has over 30 years experience in teaching Business Studies and Economics and an array of other subjects.From 2012 onwards he took a break from full-time teaching, reducing his hours to just 20 a week. He also stood down as Principal of Oxford School of Learning and merely ran the Business Studies and Economics department.
Since 2012, Almost Random Theatre (ART) has visited Poland, Czech Republic, Wales, Scotland and various parts of England. Chris wrote and directed twenty-five plays including ‘Wonder’ which premiered in London. So far this year, Chris has appeared in twelve short films, a feature film and a documentary about the Bilderbergers (to be shown in 2016).
Chris has appeared in a training video for teachers and a spoof documentary about a class that fails to show.