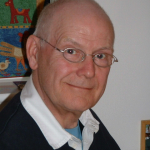 Gwilym, a former teacher, is an award-winning writer of plays short stories and poetry. Plays include Token Protest, Banbury  2006, Irene, Burton Taylor and High Wycombe 2008, Remember Tomorrow, Oxfringe  and Thame 2011 and Round and Round, ODN 2012 as well as joint writing in Testament to a Trade, 2008 and Lies on their Lips, 2009. He has broadcast on Radio Oxford and won several short story prizes. Many are published and on Kindle. He reviews locally as ‘Gwilly’. His short plays regularly feature at script-in-hand performances presented by the Oxford Playwrights. He is very busily retired and lives in Oxford.