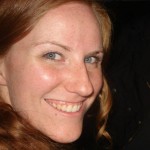 Lixi graduated from the University of Birmingham with a first class degree in Drama and Classics in 2006.  Since then Lixi has worked as a theatre practitioner, director, facilitator and performer, incorporating her knowledge of British Sign Language and performance knitting on occasion!  Lixi most recently performed in BABEL in May 2012, a co-production between WildWorks and BAC supported by the Lyric Hammersmith, Theatre Royal Stratford East and the Young Vic.  Lixi is currently directing Twelfth Night with Zinc Youth Theatre, to be performed in July 2012.