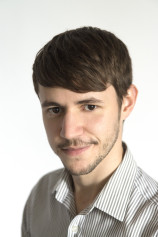 Marcus Davis-Orrom’s credits include: Claudio in “Much Ado About Nothing” (The Enchanted Players), Moses the Raven in “Animal Farm” (Oxford Playhouse 16/22) and the lead role in the short film “Chasing My Own Shadow” (KEO Productions). Most of Marcus’s experience is in Theatre and Musical Theatre, but he also takes part in regular voiceover and roleplay work.

He is currently working as Creative Coordinator for Don’t Hate The Players Theatre Company (Oxford), and is directing their debut production of “The Importance of Being Earnest”.