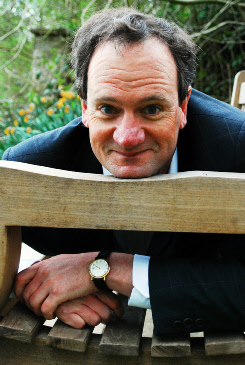 Whilst at Secondary School, John’s teachers advised him to go to Drama School, but due to his Great Grandfather being an actor and never really having enough money to bring up the family, John’s father advised him to get a proper job. Being a fairly obedient young fellow, John did as his father suggested and spent many years working in a proper job, but one of these proper jobs was in local radio which fulfilled his desire to perform. In 2008 he took redundancy and decided to chance his arm as a full time performer, securing fairly regular work with a Theatre In Education company. As with most actors, he does a variety of things, Schools, Parties, Events and the occasional play or short film (sadly his only major Film and TV work has been as an extra…. although he can boast that Steven Spielberg did actually speak to him, OK, not to him, AT him).