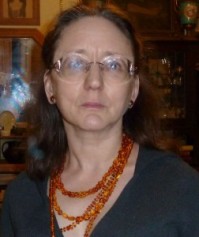 Lorna Pearson writes novels, plays, filmscripts, short stories and occasional academic articles. Novels include The Cherry-Stones of Oxford, Arminius: a German Romance and Shadows on the Sky, all from Lulu.com.andon Amazon Articles have appeared in The Dickensian and The Conradian, with one in Notes and Queries due out later this year. Several short and one-act plays have been performed professionally at the Burton-Taylor theatre and elsewhere in Oxford. She draws/Photoshops a bit, these days mainly in the form of book-covers and posters for Oxford Playwrights and ARTproductions, though she has also self-published an illustrated children’s book, Filbert and Cob, through Feedaread.com. Lorna has recently started directing classic plays, beginning with Thomas Middleton’s A Yorkshire Tragedy earlier this year, and with Maurice Maeterlinck’s The Death of Tintagiles and Alladine and Palomides coming this autumn. She also acts sometimes. Recently (October 2015) her play ‘Beyond Journey’s End’ was performed at Jermyn Street Theatre in London. Unofficially, it was voted as the best play on the night.