THE TRINITY by Ian Fletcher

Synopsis: Three aspiring young supervillains, and best friends, James, Sam and Carl attend a retreat organised by the legendary Terrifying League of Terror in the hopes of being selected to join its ranks. James is confident of success but when their plan doesn’t receive the acclaim he expected he is forced t choose between his idols or his friends

This is my first play, with my only previous writing experience is with several short stories during a Creative Writing module in my first year at the University of Leeds, where I obtained a BA in Classics

The Pool Boy by Edwin Preece

Synopsis : William is a pool boy whose job is to remain invisible while guests enjoy their holidays. Out one morning he runs into Kate who has gone to the trouble of hiring a villa with a swimming pool even though she doesn’t like water. Can William persuade Kate to get wet or is it all too risky?

Biography: Edwin Preece started writing at the Palace Theatre Watford’s Playwriting group. His play Cleaning Agents was performed at The Red Lion Theatre in Kentish Town. In April this year another play To The End Of Love had a sell out run at the Tristan Bates Theatre in Covent Garden. His next play Saint will be staged at the Lowry Theatre in Salford before going on tour next year

Synopsis: KIND is a two-handed bittersweet drama in six short scenes. City-boy RICHARD is outraged to find homeless PENNY sleeping rough on a bench outside his smart apartment: “We don’t have begging here.” Richard bribes Penny to leave the neighbourhood with £10 to buy food. Problem solved. Or not. Next day, Penny is there on the bench again to Richard’s chagrin. But Penny is a good listener and kind. They begin to talk and Richard confesses to having done a dodgy share deal at work.

Penny is accosted in the middle of the night. To his shame, Richard doesn’t come to her aid. Meanwhile Penny applies for a job, cheekily using Richard’s address for her mail. Richard comes home drunk late at night and wakes Penny. His dodgy share deal has come undone and he’s in big trouble. Needing comfort, he invites her into the flat but she refuses. Next morning Richard is sacked by e-mail. The flat isn’t his – it has been lent by a “friend” who now wants him out in three days. Richard takes up residence on “Penny’s” empty bench, now homeless himself. Penny arrives from her first day at work, her life transformed for the better as quickly as Richard’s has changed for the worse. But along the way he has learned the value of kindness.

Jonathan’s short comedy Terminus will be performed at the Rosemary Branch Theatre on 22 Oct as part of Briefs, produced by West Avenue Theatre.

Synopsis: In this black comedy, Pippi discovers she’s a lot more stable than she thought she was and that she has a talent for maneuvering herself out of dangerous situations, including her first session w/ alleged Freudian psychiatrist Dr. Igor Harvatz.

Biography: Lisa Nicoll is a playwright, lyricist, librettist, and composer. Her compositions (music, lyrics) have been performed at New York’s famed  54 Below, and her new musical about military veterans, The Dove, has just received its first public reading.

Her fables and short fiction have been published in The Metropolitan Review. She is a member of the Dramatists Guild and the New Dramatic Lab.

As advertised on the ART pages, the winner of the 20-minute competition will receive a fabulous website building prize consisting of

This has been donated by the magnificent company  creativezap. creativezap are based in the North East of England and specialise in designing websites and other digital media for Small and medium Enterprises.

A second prize was also available, a Writers retreat awarded by

For the 10-minute playwriting prize there was no website BUT there was still a retreat prize.

Unfortunately for the 10 minute playwriting prize, the sponsors suddenly pulled out in late November writing:

“Unfortunately, since we agreed to offer a week’s stay at the retreat as a prize for your competition, our circumstances have changed and the Writers Retreat is now closed until further notice. We realise this leaves you in a difficult position, and we’re very sorry for the inconvenience caused, but there is nothing we can do about this.

This left ART in a difficult position as the competition had closed, a winner was chosen but…no prize.

Thankfully the magnificent sponsors Retreats for You, in the form of Deborah Dooley, stepped in. Take a look at their site

About Retreats for You

I am Deborah Dooley, and I’ve been a freelance journalist, columnist and writer for over 25 years, and count myself fortunate to have had a career that I’ve loved, and which has fitted well around raising three children. Over the years I have written on a huge variety of subjects, including health and medical issues, baby and child care, as well as hundreds of features and stories on the endlessly fascinating aspects of people’s lives.

Retreats for You began when the departure of our children from the nest left my partner Bob Cooper and I wondering how best to use our rambling thatched house. Set in the village of Sheepwash, a tiny village in rural North Devon, it had been a wonderful family home, and now seemed strangely redundant. A clever friend had the answer. ‘Writers need space’, she said. ‘The peace of the village and the beauty of the countryside makes this the perfect place to write – and as a working writer, you can offer support.’ And so Retreats for You was born, offering a comfortable space to write with no interruptions, full board – to avoid the need to think about meals, as well as the opportunity to discuss work in progress.
Retreats for You has gradually blossomed into a place for anyone who needs some time out, and whether a guest wants to write, paint, walk, or simply reflect, the ethos remains the same. A warm welcome into our home, a calm, supportive and nurturing environment, plenty of good homecooked food, and the choice of being sociable or solitary. The latest development at Retreats for you is Bob’s furniture making workshops. Restore a family heirloom or make something beautiful, with guidance from a craftsman with years of experience. My favourite definition of the word retreat is ‘a safe, quiet and secluded place.’ And that’s what Retreats for You is all about.

This is a sample of what people have been saying about Retreats for You:

So now the winners of the two competitions:

Will get a 3 night retreat for one person (transport from Exeter not included).

All FOUR plays will be performed alongside one other play at The Burton Taylor Studios on January 13/14th:

Once again congratulations to the winners of the two competitions – Jonathan Skinner and Ian Fletcher – and HUGE THANKS to Deborah Dooley of  http://www.retreatsforyou.co.uk/

We are seeking one outstanding 20 minute play to be put on in Oxford in January 2014. The play must be no more than 20 minutes long and require no more than three actors.

We are seeking one outstanding 10 minute play to be put on in Oxford in January 2014. The play must be no more than 10 minutes long and require no more than three actors.

We are seeking one outstanding 30 minute 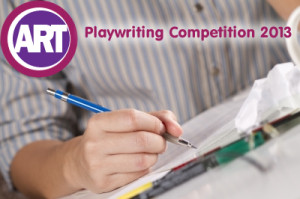 play to be put on in Oxford in July 2013. The play must be no more than 30 minutes long and require no more than three actors. Any topic for the play.